Vegetables That Damage Your Health

Adverse side effects like malaise, weight gain and exhaustion are being blamed on specific raw vegetables.

The NEJM (New England Journal Of Medicine) reported a case where an 88-year-old Chinese Woman was trying to control her diabetes through eating bok choy, a Chinese cabbage. This goitrogenic vegetable is healthy but for her it became deadly.

{This post contains affiliate links which pay for this site.}

When she ate 3-4 heads a day it damaged her thyroid to the point of crisis. After several months of her “healthy habbit” she was so lethargic that she could not walk. Her throat began to close on her and soon she could not swallow. After three days of extreme lethargy and an inability to swallow she was taken to the emergency room.

Her thyroid was not palpable which means it could not be felt to the touch, not engorged, not filled with life.

She was suffering because vegetables from the brassica family were not being well tolerated by her body. 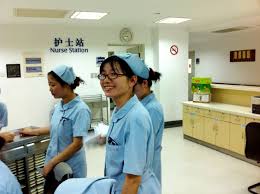 The NEJM reported she experienced, “Respiratory failure and (was) admitted to the intensive care unit with a diagnosis of severe hypothyroidism with myxedema coma. She was treated with intravenous methylprednisolone and levothyroxine (thryoid medicines) and was eventually discharged.”

Brassica family vegetables contain compounds that are termed goitrigins because they inhibited the thyroid gland’s uptake of iodine. Click here for one of the best ranked iodine supplements that nourish the thyroid as well as eliminate bromide, fluoride and chlorine poisoning.

In 1920 The New Zealand Medical Journal reported the deaths of two teenage girls and one teenage boy as the result of exophthalmic goitre, a result of thyroid deficiency.

The NZMJ reported, “In 1928, Chesney and colleagues at Johns Hopkins found they could produce goiters in rabbits by feeding them a cabbage diet. This was the forerunner of medical treatment for thyotoxicosis. Cabbage contained a positive goitrogenic substance, as opposed to the negative goitrogenic effect of iodine deficiency.”

Dr. Barbara A. Hummel, a family medicine doctor on Healthtap says, “There are no food (sic) that reverse hyperthyroidism or make it worse.” Dr. Ed Friedlander, a pathologist agrees with her statement as does another unrecognized MD on the site.

The term goitrogen means goiter producer. A goiter is a growth on the thyroid gland. 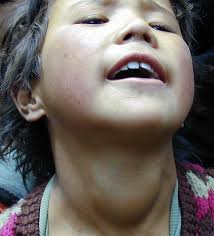 Goitrogenic foods are known as being very beneficial for breast health yet large amounts of uncooked goitrogens suppress the thyroid by causing inflammation.

Cooking or fermenting goitrogens removes the problematic oxilitc acid but some people receive this information too late.

However avocado, coconut, caffeine,  and saturated fat are showing they stimulate the thyroid.

Dr. Andrew Weil says, “Other foods that contain these chemicals include corn, sweet potatoes, lima beans, turnips, peanuts, cassava (YUCA), canola oil and soybeans. Fortunately, the goitrogens in these foods are inactivated by cooking, even by light steaming, so there is no need to forego the valuable antioxidant and cancer- protective effects cruciferous vegetables afford.

Vegetables that are goitrogens are negatively amplified if they are non-organic.

Juicing goitrogens are a major cause of negative goitrogenic side effects. A better source for juicing would be cucumber or celery which contain high quantities of potassium with a low sugar hit like apples, carrots and pineapple. To keep your health at an optimum level choose non-goitrogenic vegetables for juicing and be sure to eat all vegetables in organic form.

7 Responses to Vegetables That Damage Your Health