Food Intolerances, Don’t Be A Victim Vegetables That Damage Your Health

Autoimmunity And Obesity Linked To Toxic Chemicals Found In The Body

Tests from cord blood, adipose tissue, urine and breast milk are all confirming toxicity in those with autoimmune issues.

Aristo Vojdani, PhD, MSc, MT and founder of Immnosciences Lab (ISL), a company which analyzes tests that depict pathogens, autoimmune diseases and illnesses says his own immune system began to create issues for him with the response of multiple chemical sensitivities.

He did connect his autoimmunity to his environmental triggers. 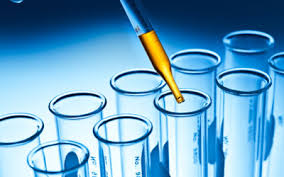 PLOS One, a science and medicine online publication reported an article in June of 2013 saying they found 3,799 compounds in urine, 2,282 of which were foreign chemicals from air, food and products like lotions, shampoos and soaps.

They further reported another test done on 1,326 4th to 12th grade students from three different schools testing total urine BPA concentration, a chemical contaminant in plastics. They found, “Higher urine BPA level (≥2 µg/L), at the level corresponding to the median urine BPA level in the U.S. population, was associated with more than two-fold increased risk of having weight >90th percentile among girls.” Meaning the most obese girls consistently had twice as much BPA in their fat tissue. 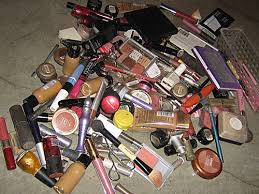 The boys in the study did not have the same horrific results as the girls.

PLOS reported, “Our study suggests that BPA could be a potential new environmental obesogen.”

There is no hiding the fact that the bombardment of daily chemicals we encounter are causing us harm.

The PLOS article was after the October of 2012 study and article  expressing findings on BPA. 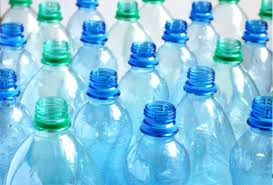 However, Forbes Magazine ran an opinion piece on the PLOS article defending BPA with the headline reading, “Bisphenol A (BPA) Found Not Harmful, Yet Again,” blaming journalists for reporting the results incorrectly. They go on to say, “Centers for Disease Control and Prevention (CDC) has found traces of the chemical in the urine of more than 90% of adults and children. That sounds frightening. But is it cause for concern?”

Vojdani believes the potential reason is girls use many more personal care products than boys. He goes on to say, “That’s exactly the reason behind why we have so many people with autoimmune diseases.” He adds, “Cosmetics are responsible for many of the immune reactions in females.”

Dr. Vojdani says, “There is no safe plastic. Plastic is plastic, made from petroleum material. I believe plastic is not healthy to human beings.” He expresses extreme discomfort with BPA free plastics as they are proving to not be a solution, but yet another problem.

If you feel concern with your cosmetics go to www.ewg.org for a rating on the dangerous chemicals in your personal care products.

Dr. Vojdani says his personal triggers of chemical irritants are aftershave, perfumes and all nail polish materials. “When the girls go to the nail shop and come home I can not be close to them. When my wife goes to the hair dresser and she comes back after a hair dye the chemicals in the hair bothers me for a few hours at least.”

Suzy Cohen, pharmacist, wrote a book called Migrane Free where she confirms a lot of migraine headaches are sourced from chemicals going up the nose directly to the brain (affiliate link).

Natasha Campbell-McBride, neurologist, neurosurgeon, MD and specialist in curing autism and autoimmune diseases naturally says the bombardment of chemicals is assisting in overtaxing the body’s detox mechanisms. When the system is overloaded the whole structure breaks down causing a myriad of problems. 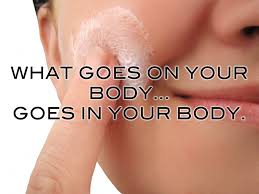 Dr. McBride recommends removing all chemical substances saying if you can’t eat it don’t put it on your body. Then the process of fixing the microbiome can assist the patient in walking out of autoimmune issues.