“What’s happened is the way we’ve thought about obesity has really been mistaken. We’ve treated it as an issue of habit or willpower or morality, “says Dr. Alan Christianson, ND, a physician who focuses on natural endocrinology.

He goes on to say, “Honestly we’ve always done that when we’ve been confused. We did that for leprosy. We thought people had leprosy because they were evil or they were unclean, or immoral. In tuberculosis we said people were lazy and they were not outside enough and they had acidic diets.”

As time moves on studies end up divulging the correct information. Perceptions are replaced with facts and the mindset is changed. Obesity is no exception to the rule.

“Now with obesity we’re blaming people for their habits because we don’t have a better explanation just yet. Obesity, I would argue, there’s not a cause, but there’s a mechanism,” says Dr. Alan.

The challenge appears to be the food, but not in the way we have been thinking. Dr. Christianson says, “We have more chemicals than we’ve ever been exposed to before. We don’t have a connection to the normal rhythms to daylight and darkness. Some combination of these changes is behind this huge crisis of obesity.”

The studies are beginning to show this. Marketing is a different channel than studies, yet the lines are blurred. Marketing tells us to eat low-fat, pre-packaged portion controlled foods and gluten free delicacies. But science tells us differently.

“Over 58 species of animals have been getting obesity at the same rate as humans. Chimps on their food that worked for them living 50, 60 years in zoos have gained 32% biomass per decade for the last 20 years. So it’s no more about behavior than terbriculosis was,” says Dr. Alan.

Many things can be the cause, each specific to the person. The current thought is some people are just too busy or not nourishing the body with nutrient dense foods causing the body to go into a starvation mode.

Dr. Christianson recently finished a clinical trial where he controlled the sugar levels, resetting the switch. Each person, on average lost two inches in their waistline over the 30 day trial, 9.5 pounds average of weight loss. Some people lost 8 or 9 inches from their waist. 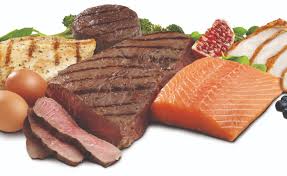 He recommends eating lots of protein and fiber while eating frequently so there are no blood sugar swings. Fiber is only digestible in those with a healthy microbiome.

“Once you’ve had a reset done you respond to whatever efforts you put out afterwards. I do encourage detox. There’s good ways to make sense of those who have the most toxins and the most difficulty getting relief,” he says. The toxic overload is evident everywhere. Current ice core samples in Antarctica showed DDT a mile deep. “So you want to lower your burden.”

In his book The Complete Idiot’s Guide To Thyroid Disease (affiliate link)Dr. Christianson says, “Thyroid disease is a quiet epidemic. Many who suffer from it don’t even realize they have it.” 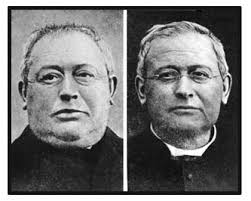 He also discusses the link between the thyroid and weight as well as other symptoms. The biggest struggle he sees is false negative test results that throw doctors and patients into a tailspin instead of simply treating the symptoms and testing for further evidence. Click here to read more.

One Response to New Obesity Facts Point To Thyroid And Dysbiosis