“(It) contributes to digestive disorders, thyroid distress, immune system breakdown, reproductive problems and even cancer and heart disease,” says Kaayla Daniel, PhD, CCN, Vice President of The Weston A. Price Foundaiton and author of The Whole Soy Story (affiliate link). She found these issues when she began to study soy, thinking it was a health food and looking for facts to assist in her teachings.

After her research uncovered shocking results she realized soy was not a health food at all. 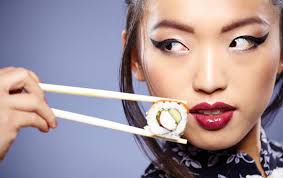 “I started noticing a discrepancy when I started reading the hype in the magazine articles about soy being a health food and the very unhealthy people I was seeing among vegetarians,” Dr. Daniel says. In her practice she sees clients who were former vegetarian and vegans but they experience recovery through diet change, it just takes time.

Ayervedic medicine considers soy a food that is difficult to digest.

The average Asian is not eating soy like we are led to believe. “The soy industry would like us to think people all over Asia are eating soy, drinking soy milk, having massive blocks of tofu and having a soy shake. It’s a staple in their diet, especially if they’re using soy as a meat and dairy replacement. Wherever we go, only small amounts of soy are eaten and only as a condiment, not a staple,” says Dr. Kaayla. 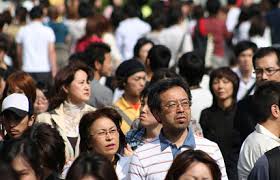 The NIH reported a study of Asian countries regarding their soy intake. Japan, China, Hong Kong and Singapore were evaluated. Older Japanese individuals, on average ranked the highest consuming 6-11 grams of soy a day, mostly in the form of miso soup or edamame, unprocessed traditional foods. One measured cup of soy milk contains 6 grams of soy.

What IS shocking is where high consumption of soy actually takes place.

“The place where they eat the most soy is in the monastery. The monks discovered when the soy went up then naughty behavior went down. Soy was perceived as something they should eat a lot of as a sort of medical chastity,” Dr. Daniel say.

Vegans and vegetarians who eat soy as a meat and dairy replacement often have a high intake of soy. 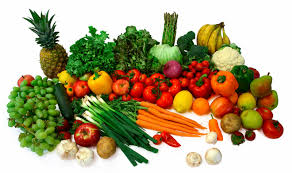 Molly Greacen, Chinese Medicine Practitioner says, “In my experience, vegetarians eventually become qi and blood deficient. It is hard to make strong blood from plant sources of protein. When these are women who are suffering from infertility or recurrent miscarriage, I generally recommend to these women that they include fish oil, eggs, goat cheese and fish (at least 2 x a week) in their diets.”

Soy milk was popularized in Asia after it was introduced by the American Seventh Day Adventist missionaries. American soy companies began capitalizing on the market at that time.

Miso soup, made traditionally, is very healthful however it is fermented, organic and only about a tablespoon is used in a bowl of soup. Natto is traditional in Asian countries but it’s not a staple, it’s a medicinal accent to eating. One of the negative side effects of Natto is the smell. In fact it smells so bad often restaurants have a dedicated natto room for people to eat the dish there. This room is in a separate area of the facility in a completely sealed off room with a closed door. Natto is a very highly ranked natural chelator.

Dr. Kaayla says, “Most people think if it’s made with organic soybeans it’s not a problem. Most of the problems grow in soybeans whether they’re organic or not. They would include the soy phytoestrogens, the plant estrogens, the isoflavones they’re in all soybeans.” 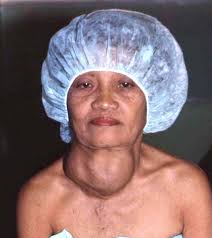 Most importantly, “The evidence is overwhelming that soy disrupts thyroid function,” she says. “Soy contains goitrogens. Soybeans are one of the worst. You can’t eliminate the problem by cooking soybeans like you can other foods. There are known goitrogens in soy the most common are genistein and daidzen as well as the isoflavones in soy shake powders.” A goiter is abnormal growth of the thyroid sometimes to the point of detriment.

“I have particular concern with some of these multi-level marketing shake powders that have very high isoflavin content. I’ve heard so many stories of people going on some kind of health kick taking these things. Many of these people tend to be midlife women and soy just sends them right over the edge (to thyroid problems).” 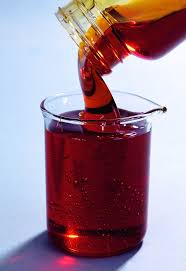 Soy ranks in the top 8 as common allergen but is currently being reconsidered as ranking in the top 4%.

Soy is present in more than 60% or processed and pre-packaged food. Dr. Kaayla says, “As the genetically modified soy has come into our packaged foods the food allergies have come way way up.”