Calories In Calories Out Deflates Under Pressure

Exercise more, eat less, “Is the most cruel message with the science we know now,” says Dr. Mark Hyman at the Eating Psychology Conference 2014. He goes on to say, “The science we know now is very clear. First, is that all calories are not the same. Second is certain foods are biologically addictive. Third, when we eat foods that have a high glycemic load, foods high in flour and sugar or foods that raise our blood sugar quickly, it spikes insulin which is the vascilary hormone and the hunger hormone.”

“We have bought it hook line and sinker that you have to eat less and exercise more to lose weight, that it’s all about calories in, calories out, the energy balance. That’s what The Institute of Medicine, The CDC, the whole government is teaching us. What that message says is it’s your fault you’re fat. If you weren’t such a lazy glutton and you got off your fat (expletive) and you stopped stuffing your face, you’d be thin. So, get a hold of yourself, buckle down, stop eating so much and start exercising,” Dr. Hyman says. 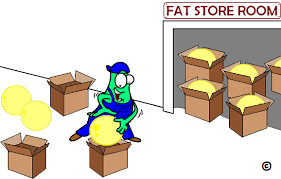 High glycemic foods take energy from your blood with the perfect design of safety, storing this energy in the fat cells for future use. Dr. Hyman says, “What that does is it leaves your blood on empty. Your body is programmed, when empty, to do a number of things: store fat as much as possible, make you as hungry as possible and slow your metabolism as much as possible.”

Food will either speed up your metabolism, increase fat burning and satiate the body or do the exact opposite.

Resetting the hormones and metabolism can deliver you from processed and addictive foods. To do this we need to eat nutrient dense food, real food. Cooking your own food instead of outsourcing your food to the food industry is step one.

Dr. Hyman has done a study with over 600 patients switching them from processed foods to real foods and the results are shocking. He is finding they are able to reset their whole entire system within a very short period of time.

“A patient came in the other day. Her blood sugars were 220 and they were going to put her on more medication, insulin. She came in and said ‘Dr. Hyman, you should call it a three day detox. In three days my blood sugar went to normal and I stopped having cravings’,” says Dr. Hyman.

“Food really is that powerful,” he says. “A whole host of symptoms go away when you stop eating inflammatory foods. I guarantee you for a whole host of people this works better than anything else.”

“There are proteins in dairy and in wheat, or gluten containing products, that act like morphine in the brain. They’re called gluteomorphins and casomorphins. So dairy or wheat, gluten products, can be highly addictive,” says Dr. Hyman.

Dr. Frank Lipman says dairy increases your insulin levels up to 300%. He also blames dairy and sugar as the number one source of acne. He says, “Both cause spikes in certain pimple producing hormones. Dairy boosts male sex hormones (various forms of testosterone or androgens) and increases insulin levels just as foods that quickly raise blood sugar (sugar and starchy carbohydrates) spike insulin.” 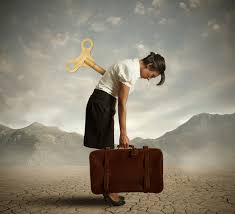 In his book Revive: Stop Feeling Spent And Start Living, Dr. Lipman describes an all too common scenario where people are just flat out exhausted. He says, “An unbelieveable 75 percent of the people I treat are overwhelmed, exhausted and afflicted with this disorder that makes them feel decades older than their years.”

Like Dr. Hyman, he recommends nutrient dense foods to nourish the body back to health. Eliminating the processed foods, especially those from processed carbohydrates, will replenish the nutrition that is lacking today. This alone will revitalize the exhausted and sick.

In his book The Calorie Myth, JJ Holt says, “Between 1977 and 2006, the average daily calorie consumption in the US went up 570 calories. According to the math, that means the average person should have gained over 900 pounds during that period. The calorie myth is deeply flawed.”

Good Calories, Bad Calories by Gary Taubes says the same thing. As does his book Why We Get Fat And What To Do About It.

When reducing calories some people lose weight initially but long-term the weight returns. When this is done repetitively, the weight will get harder and harder to remove as the body has been trained, “I’m starving you now so hold onto what you get, because you’re not getting more.” Just like adding coal to the fire heats up a furnace, this slows down the furnace, your metabolism, which is the burning rate of your food. The result is subsequent weight gain.

Calories are proving to be irrelevant, counting chemicals and preservatives are what really matters.