“They’ve been increasing the amount of aluminum in vaccines quite systematically particularly over the last 10 years,” says Dr. Stephanie Seneff, senior scientist at MIT who has been conducting research for over three decades. She is considered the leading expert on sulfur and how it functions in the body. She is an electrical engineer, a computer science specialist who then converted into the biological sciences with a biology degree as well as a food and nutrition specialty. 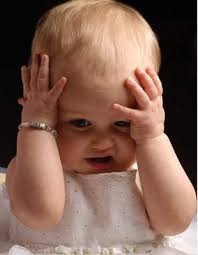 “They’ve been increasing the number of vaccines as well. I’m deeply disturbed by what I’m seeing,” she says. The root of her worry is, “They add the aluminum in order to get the child to react enough. If the child has a strong immune system and you just give them a vaccine of some dead microbe, the body’s going to slough it off – they won’t actually be resistant to the disease. They have to put something else in the vaccine to make you react more. They’ve discovered that aluminum works really well.” At the same time it’s causing all the trouble. 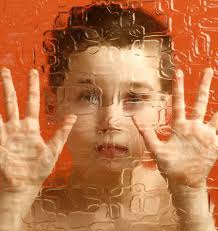 Dr. Seneff began a deeper search looking through all the studies specifically looking for autism effects. “Starting in 1990 – 2010 what you see is astonishing. There’s this kind of very low level, (then in) 2000 it skyrockets and it’s high the whole rest of the time.” Then in 2000 the number jumped to 14 times as many.

She began researching the database specifically looking for a link. “Something happened in 2000,” she says. “Then I started searching for what might have happened and I found in 1999 they removed the thiomersal.” 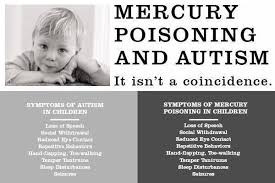 Removing the thiomersal was in response to the CDC and EPA with concerns over mercury toxicity.

Dr. Seneff says, “They’ve been bringing it back in. They substituted aluminum. I think they’re bringing it back in because they know the aluminum is worse but they don’t want to tell us that. This is what I think.” If the aluminum is in fact worse than the mercury it explains the massive increase in autism, ADHD, bipolar disorder, multiple sclerosis, dialysis, allergies, food intolerances and anaphylaxis.

Dr. Seneff says, “They did put in more aluminum at the same time they removed the mercury, that’s very clear. Exactly why they did that I don’t know.”

Aluminum and mercury both work as an adjuvant, they assist the vaccine into the body. 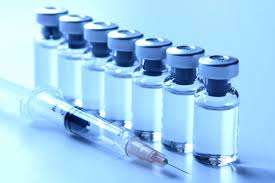 UK government documents show, “It has been found that Calcium Gluconate solution in glass vials contains almost 200 times more aluminium than Calcium Gluconate in plastic vials; this is due to the solution leeching aluminium from the glass,” says Age of Autism. They go on to say, “It is believed that the aluminium leeches from the glass into the solution during autoclaving or storage, although plastic storage vials did not increase aluminium levels. Aluminium levels in glass ampoules of calcium gluconate (in ug/L) in long storage were 6135 and short storage were 4890.”

With increasing numbers in autism now showing 1 in every 50 children Forbes published and article in February of 2014 entitled, “Is The CDC Hiding Data About Mercury, Vaccines, And Autism?”

They are currently seeing the same thing in dialysis patients. The same aspects exist in both vaccines and in the dialysis material.

“There’s a set of symptoms highly correlated with both after 2000, containing aluminum, which implies that the difference is the aluminum in the before and after 2000,” Dr. Seneff says.

As a scientist who focuses her attention and research on sulfur she found, “Autistic kids have one-third the free sulfate in the blood as normal kids. Sulfate binds to the aluminum and it exports it from the body. When you don’t have enough sulfate your blood basically coagulates or you hemorrhage.”

When your body can not eliminate the aluminum it accumulates in the brain. They are seeing the same pattern with dialysis patients.

Dr. Natasha Campbell-McBride, specialist on autism and recovery therein says autism patients have a broken detoxification system that needs to be encouraged and brought back to life. She also sees a consistent pattern with every one of her patients having heavy metal toxicity off the charts. Her solution that has resolved the problem in hundreds of thousands of her patients is feeding them copious amounts of high sulfur and high animal fat foods, which also feeds the body sulfur. This assists in nourishing the body while detoxifying. The sulfur supplies the body what it needs to process out the toxic heavy metals. Click here to read more from an affiliate link. 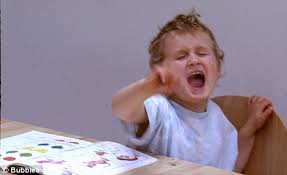 Dr. Seneff says, “I’ve been studying the effect of sulfate in the gut because it’s clear autistic kids have issues with their digestive system. They have the leaky gut, they have the peptides, they have the opioids in the brain. Sulfate is necessary, catalyses the synthesis that breakdown the gluten and the casein. So when there’s not enough sulfate those enzymes are not working properly. The gluten and the casein don’t get properly broken down and the peptides end up undigested. The gut is leaky because there isn’t enough sulfate.”

Sometimes when the damage is exhaustive the body can use and assist in processing sulfate. Click here for Dr. Seneff’s recommendation (affiliate link).