Groundbreaking news was made today in the science world as the famous repealed study performed by scientist Séralini et al. showing the damaging effects of GMO and glyphosate was republished. The study performed on rats, which exhibited grotesque tumors, showed the toxicity of Roundup.

Examiner.com reported, “A companion article is also being published in the same issue by Séralini et al. titled, Conflicts of interests, confidentiality and censorship in health risk assessment: The example of a herbicide and a GMO (ESEU, 2014, 26:13). This article outlines the whole sorry state of affairs of the corporate corruption of science, including conflicts of interest, censorship, and double standards.”

Gilles-Eric Seralini from CRIIGEN, published the study in Food And Chemical Toxicology, 2012. It was shockingly withdrawn in November 2013. The study scientifically showed how rats fed GMO corn had a much faster mortality rate and developed more tumors than the control group of rats. When the retraction became public the study was condemned and criticized.

Ten rats were used in the study, however it was the same size sample used when Monsanto did the study and published in the same journal, Food And Chemical Toxicology. Monsanto’s study lasted 90 days, the French scientist study lasted 2 years.

The breed of rat was also shown to be the reason for pulling the study, as this breed of rat is prone to tumors. However the French scientist used the same rat Monsanto used to get their product approved originally. If he had used a different rat the study would have been rejected due to lack of control. In addition that same rat breed, same strain, is the exact rat used by The National Institute of Health in long-term cancer rat studies.

When retracted the Editor In Chief of Food And Chemical Toxicology said they, “Found no evidence of fraud or international misrepresentation of the data.” He stated the reason for pulling the study was for inconclusive size (10 rats being small) and the strain of rat, even though the study used the same number of rats and the same breed of rats.

The publisher of Food And Chemical Toxicology is a member of The COPE (The Committee On Publications Ethics). The COPE says only 4 reasons exist to retract a scientific article: 1) honest error or scientific misconduct 2) prior publication 3) plagiarism 4) unethical research.

The editor said none of these reasons were used in the decision to pull the study.

Even more importantly, in February of 2014 Environmental Health Perspectives, a publication associated with the NIH printed an editorial, signed by Lynn Goldman, assistant administrator at the EPA, currently working at Johns Hopkins says, “Efforts to suppress scientific findings, or the appearance of such, erode the scientific integrity upon which the public trust relies. We feel the decision to retract a published scientific work by an editor against the desires of the authors because it is ‘inconclusive based on a post hock analysis’ represents a dangerous erosion of the underpinnings of the peer review process. (The publisher) should carefully reconsider this decision.”

Over 300 scientists condemed the retraction in Food And Chemical Toxicology. They boldly said the retraction lacked scientific integrity and requested they reinstate the study.

In October of 2013 “There’s No Scientific Consensus On GMO Safety”, a global document, was released with over 300 signatures from academics, scientists, physicians and individuals representing the legality of safety and social aspect of GMOs. The document expresses strong rejections of GMO claims. 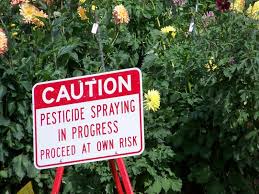 The document said, “We strongly reject claims by GM seed developers and some scientists, commentators, and journalists that there is a ‘scientific consensus’ on GMO safety and that the debate on this topic is ‘over’.”

They highlighted seven points of interest including:

* Claims that scientific and governmental bodies endorse GMO safety are exaggerated or inaccurate.

* There is no consensus on the environmental risks of GM crops.

Click here to read the reinstatement including the abstract, research, background and results.

Click here to view another work by Gilles-Eric Seralini.

*Nourishing Plot is written by a mom whose son has been delivered from the effects of autism (asperger’s syndrome), ADHD, bipolar disorder/manic depression, hypoglycemia and dyslexia through food. This is not a news article published by a paper trying to make money. This blog is put out by a mom who sees first hand the effects of nourishing food vs food-ish items. No company pays her for writing these blogs, she considers this a form of missionary work. It is her desire to scream from the rooftops so that others don’t suffer from the damaging effect of today’s “food”.