Scientists Speak Out On GMO Safety

Scientists are beginning to speak out against misinformation. In fact, over 300 of them are putting their jobs on the line to get the facts straight.

“This notion on GMO safety (among scientists) is just not true. There was this controversial feeding study by a French scientist, Gilles-Eric Seralini from CRIIGEN, published in Food And Chemical Toxicology 2012 and was withdrawn in November 2013. The study showed rats fed GMO corn died sooner and developed more tumors than the control group of rats. The retraction of that study has been condemned,” says Dr. Michael Hansen, Senior Scientist with Consumers Union, the publisher of Consumer Reports.

Ten rats were used in the study, which is a small number however it was the same size sample used when Monsanto did the study and published in the same journal, Food And Chemical Toxicology. Monsanto’s study lasted 90 days, the French scientist study lasted 2 years. 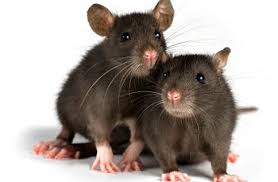 The breed of rat was also shown to be the reason for pulling the study, as this breed of rat is prone to tumors. However the French scientist used the same rat Monsanto used to get their product approved originally. If he had used a different rat the study would have been rejected due to lack of control. In addition that same rat breed, same strain, is the exact rat used by National Institute of Health in long-term cancer rat studies.

When retracted the Editor In Chief of Food And Chemical Toxicology said they, “Found no evidence of fraud or international misrepresentation of the data.” He stated the reason for pulling the study was for inconclusive size (10 rats being small) and the strain of rat, even though the study used the same number of rats and the same breed of rats.

The publisher of Food And Chemical Toxicology is a member of The COPE (The Committee On Publications Ethics). The COPE says only 4 reasons exist to retract a scientific article: 1) honest error or scientific misconduct 2) prior publication 3) plagiarism 4) unethical research.

The editor said none of these reasons were used in the decision to pull the study.

Dr. Hansen says, “More than 150 scientists have signed a statement condemning the retraction of that article as an attack on scientific integrity and they demand that Food And Chemical Toxicology reinstate the study.

Even more importantly, in February of 2014 Environmental Health Perspectives, a publication associated with the NIH printed an editorial, signed by Lynn Goldman, assistant administrator at EPA, currently working at Johns Hopkins says, “Efforts to suppress scientific findings, or the appearance of such, erode the scientific integrity upon which the public trust relies. We feel the decision to retract a published scientific work by an editor against the desires of the authors because it is ‘inconclusive based on a post hock analysis’ represents a dangerous erosion of the underpinnings of the peer review process. (The publisher) should carefully reconsider this decision.”

Dr. Hansen says, “That suggests perhaps the reason it was retracted was because the Editor In Chief brought in a new editor to deal with issues like biotechnology and that new editor is someone who used to work for and has gotten a fair amount of money from Monsanto and the other biotech seed companies.” 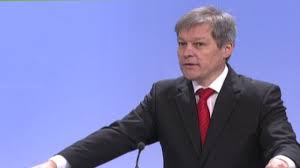 The European Union made an announcement in July of 2013 that they are starting a 2 year cancer feeding study, spending $4 million US dollars to investigate Roundup Ready corn, NK603, the same product Gilles-Eric Seralini exposed.

In October 2013 “There’s No Scientific Consensus On GMO Safety” was released. This global document was signed by over 300 academics, scientists, physicians and individuals representing the legality of safety and social aspect of GMOs. The document expresses strong rejections of claims by developers saying there is a scientific consensus on GMO safety. 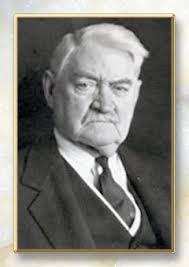 John Francis Queeny named his new business Monsanto in 1901 after his wife, Olga Mendez Monsanto. Source Watch says, “Since that time, the name Monsanto has become symbolic of the greed, arrogance, scandal and hardball business practices of many multinational corporations. Less well known is that Monsanto was heavily involved in the creation of the first nuclear bomb for the Manhattan Project during WWII via its facilities in Dayton, Ohio.”

In recent years they have received resistance. Monsanto withdrew its GM wheat in 2004 after receiving worldwide opposition. 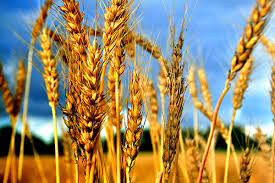 A great deal of the opposition against GM wheat came from the canola crops in Canada that were being pollinated by Roundup Ready canola crops involuntarily. The Canadian Wheat Board was recently presented a report saying, “Monsanto has apparently changed its mind and again is attempting to commence cultivation of GM wheat. “‘We’re encouraged,’ says Monsanto’s Trish Jordan. ‘There may be some opportunity for us to re-enter the wheat space’.”