In an effort to study autism and find potential cures, scientists bred the mice lacking the Cntnap4 protein which links to autism. When the mice began to age, and groom themselves, the scientists saw the pattern of Mohawk hair styles.

Live Science says, “The researchers engineered the mice to be missing a single gene, called CNTNAP2, which is thought to be involved in speech and language.”

International Business Times said, “Mice usually groom each others fur. Overgrooming is a ‘repetitive motor behavior,’ which could be a sign of autism. The finding marks the first time this type of behavior has been linked to a specific biological pathway.”

The NYU Langone Medical Center released the news with the findings saying when they removed Cntnap4, GABA and dopamine were affected. Both are essential to the brain receiving messages from the body.

Senior study investigator Gordon Fishell, PhD, the Julius Raynes Professor of Neuroscience and Physiology at NYU Langone says, “Our research suggests that reversing the disease’s effects in signaling pathways like GABA and dopamine are potential treatment options.” Many people see positive results by adding GABA to their regimen.”

This affiliate link takes you to a reputable brand of GABA. 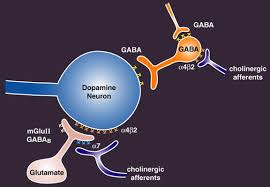 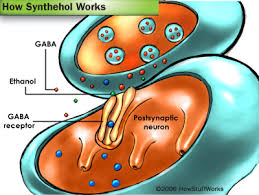 The Denver Natropathic Clinic says GABA is often used as a neurotranquilizer as, “It inhibits nerve transmission in the brain, calming nervous activity.” They add, “The published research supporting any of these promotional claims is weak. Current medical opinion says that GABA taken as a supplement does not reach the brain and has no effect or benefit aside from being a benign placebo.”

The NYU Langone Medical Center says, “GABA acts in an inhibitory manner, tending to cause nerves to ‘calm down.’ Drugs in the benzodiazepine-receptor-agonist (BzRA) family (a family that includes true benzodiazepines such as valium, as well as related drugs such as Ambien or Lunesta) exert their effect by facilitating the ability of GABA to bind to receptor sites in the brain. This in turn leads to relaxation, relief from anxiety, induction of sleep, and suppression of seizure-activity.”

They go on to say, “Unfortunately, when GABA is taken orally, GABA levels in the brain do not increase, presumably because the substance itself cannot pass the blood-brain barrier and enter the central nervous system. For this reason, oral GABA supplements cannot replicate the effect of tranquilizing drugs, even though they work through a GABA-related mechanism. GABA supplements can affect the peripheral nervous system, however, as well as any other part of the body not protected by the blood brain barrier. Some evidence suggests that orally ingested GABA might cause physiological changes that lead to benefit for hypertension.”

(Here’s where it gets interesting!) 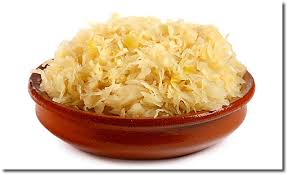 Dr. Natasha Campbell-McBride, MD, neurologist, neurosurgeon and author of GAPS (affiliate link) promotes fermented vegetables like sauerkraut and home brewed sour cream, yogurt or kefir. She has been termed the most important doctor of all time in her research in healing autism through nutrient dense foods and high dose probiotics taken simultaneously. Every one of her patients walks out of autism. She says the role of home brewed sauerkraut and high fat dairy products is vital to recovery.

Specifically Dr. Natasha says Lactobacillus ferments prove to be highly successful with patients who suffer from autism, ADHD and depression. These patients consistently lack Lactobacillus, a good bacterial that should be populating the gut flora to create  a balanced microbiome.

NYU Langone says, “Certain probiotics in the Lactobacillus family can be induced to produce GABA.”

Click here to learn how to make sauerkraut at home.