GAPS Dr. Goes On Record About Amalgams and The Autism Epidemic 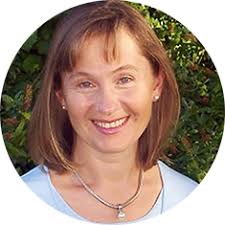 Dr. Natasha Campbell-McBride, MD, neurologist, neurosurgeon and author of GAPS shocked experts in an interview with ukcolum as she spoke to Clive de Carle, health practitioner and co-founder of Ancient Purity. Dr. McBride’s work curing hundreds of thousands of autism patients as well as others with depression, anxiety, inflamed bowels and auto immunity diseases has made her a groundbreaking expert on healing the body through healing the intestinal tract. She told Clive, “The autism epidemic has a lot to do with the women having amalgam fillings.”

She goes on to say, “All amalgam fillings leach mercury all the time. For many, many years until you remove it, it never stops leaching mercury into your system. You swallow it and the mercury targets the fetus.”

Amalgam fillings are comprised of  50% liquid mercury, 20-35% powdered silver with copper, tin, zinc and other metals making up the remaining portion. 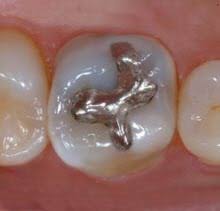 Heavy metals are highly dangerous if ingested. “The trouble is with toxic metals such as mercury, lead, aluminum and arsenic is that they’re fat soluble. Which means they target high fat tissues in the body. They absorb into the high fat tissues,” she says. Dr. Natasha added, “They will absorb into the brain of the fetus. Into the bone marrow and into the immune system which are high fat organs.”

Medscape Medical News refers to mercury as a dangerous product with, “Neurotoxic properties and question whether it can leach out of fillings and into the bloodstream.”

Dr. Natasha says the end result is inevitable, “The baby will be born with all sorts of disorders, all sorts of problems in the child.” She goes on to say, “Holistic dentists are a completely different group of dentists from the mainstream dentists’ training. They know how to remove amalgam fillings safely without releasing mercury into the body,” Dr. Natasha says. This is of utmost importance. “A lot of the substances that the mainstream dentists are using are very toxic.” 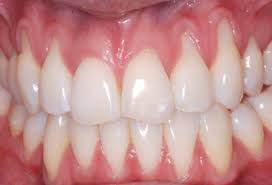 If the mother has receding gums Dr. Natasha says in FAQS (Frequently Asked Questions), “Amalgams need to be removed! Receding gums are often due to autoimmunity – the immune system is trying to clean out mercury and other toxins from the mouth, attacking the cells which have accumulated those toxins.”

It is NOT recommended to remove amalgam fillings while nursing or breastfeeding as the heavy metal toxicity in the body will shift and then detox once the amalgams are removed.

In FAQS Dr. Natasha says, “It is very important to work with a holistic dentist,  as conventional dentists are not trained in safe removal of amalgam fillings. Metals in the mouth create electric currents and different fillings acquire a positive or a negative charge. These electric charges need to be measured and fillings need to be removed in a certain order, starting from the largest negatively charged one. After the first one is removed, the currents in the mouth need to be measured again, as the charges will change.” 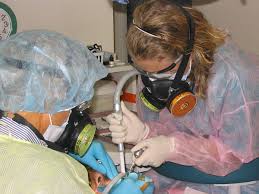 Dr. Hal A. Huggins, author of It’s All In Your Head believes all multiple sclerosis, Alzheimer’s disease, Hodgkin’s disease, Chronic Fatigue Syndrome, and virtually all autoimmune disorders are sourced from amalgam filling poisoning.

Dr. Huggins says, “In 1984 The American Dental Association (ADA), with no scientific proof, announced that 5 percent of the population (12.5 million people in the United States), was reactive to mercury and that that was insignificant. When I mentioned that 5 percent was considered epidemic by some standards, they soon changed that figure to 1 percent.”

Dr. Huggins adds, “I have now tested over 7,000 patients, and I can show that over 90 percent of them demonstrate immune reactivity to low levels of mercury; thus the credibility battle between organizational prestige and actual tests on patients.”

Dr. Robert Adkins, MD, says, “Mercury is a deadly poison and it doesn’t belong in our mouths. Many people who have silver-mercury amalgams and many people who have root canal work have simply stepped over the boundaries over what their immune systems can tolerate and what they can’t.”

In 2009 the FDA issued a Final Regulation of Dental Amalgams moving it from a Class I (low risk) to Class II (moderate risk) where they said amalgam product labeling must include:

In 2008 the FDA again addressed amalgam fillings more seriously saying, “The mercury in amalgam fillings is continually vaporized and released into the body. This process is stimulated and can be increased as much as 15-fold by chewing, brushing or drinking hot liquids. The mercury released from amalgams is stored in the body and brain and accumulates over time. Additional mercury exposures from the diet and environment, contribute to the overall mercury body burden.”

Chemical Engineer Bernard Windham presented one of the most elaborate reports on amalgam dangers saying, “As is known from autopsy studies for those with chronic exposure such as amalgam fillings mercury also bioaccumulates in the brain/CNS, liver, kidneys, heart and oral mucosa with the half life in the brain being over 20 years. Elemental mercury vapor is transmitted throughout the body via the blood and readily enters cells, and crosses the blood brain barrier, placenta and also cellular membranes.” 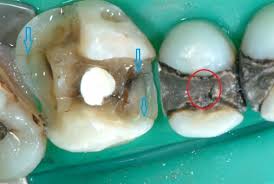 Dr. Robert Gallien, DDS, of Smiles Of Chattanooga is a holistic dentist trained in safe amalgam removal and member of Dr. Tom McGuire’s International Association of Mercury Safe Dentists (IAMSD). Dr. Gallien says amalgam fillings expand and contract with contact of hot or cold foods. This tends to cause cracks, fractures and decay both around the filling and under the filling.

Dr. McGuire of IAMSD says, “The common act of brushing just one amalgam filling – will release more mercury than allowed by governmental regulatory agencies at the workplace!”

To find a mercury safe dentist near you click here. To learn more from Dr. McBride click here.