Dr. Mark Hyman, MD, says he believes the food industry is the biggest drug deal of all time. He says, “We’ve created the worst diet on the planet and we’re exporting it to every nation in the world, killing them.” He emphasizes the fact that if there was a foreign nation poisoning our food source, giving diabetes to our children and tainting our food with chemicals that are stimulating cancer, “We would go to war! And instead we subsidize it.”

The National Institute of Health did a study on fat intake and sugar intake comparing their effect on the activation of the mesolimbic reward, gustatory, and oral somatosensory brain regions. They tested 106 lean 15-year-old boys with milkshakes (registered at clinicaltrials.gov as DK092468).

Although the number of test subjects was small, the randomized, blinded, crossover design method of testing is considered the gold-standard. 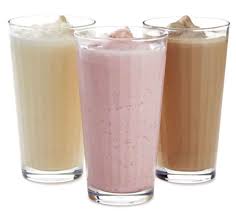 Different variations of milkshakes were used with functional magnetic imaging testing brain activity following each milkshake. The shakes were equal in calories so the results would not be skewed. 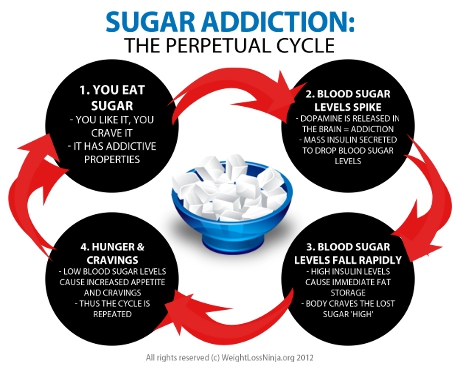 Forbes Magazine reported, “The researchers measured glucose levels in the blood, subjective feelings of hunger, and brain activity in an area that processes pleasure and cravings (the nucleus accumbens). The results were clear: you consume processed high-GI food and by the time you are ready for your next meal your blood sugar will have dropped as a consequence of the initial jolt, you are feeling hungrier, and the pleasure/reward/craving center in your brain is firing like mad.”

Time Magazine reported, this study shows, “The strongest evidence yet that certain foods trigger addictive behavior just as drugs can.” They added, “Certain foods hold the same power over people, monkeying with the brain’s normal appetite system and resetting the satisfaction threshold so it’s always just out of reach, meaning you can never eat enough.”

New York Daily News reported, “Researchers also noticed substantially more activity in the parts of the brain that regulate reward and craving, the same areas activated in addicts.” To read more on how food reacts like an opiate to the brain click here.

Lead researcher on the study Harvard professor David Ludwig, M.D., Ph.D. was reported as saying in the Huffington Post, “If you eat a bowl of corn flakes without the sugar or a bowl of sugar without the corn flakes, below the neck, it is the same thing. Your metabolism can’t tell the difference.”

The Huffington Post also reported, “There is a new science of the biology of food addiction. Rats will go for sugar over cocaine every time.”

Addiction Treatment Magazine said, ” highly processed carbohydrate intake may trigger a person’s cravings for several hours. That craving is not necessarily related to the food’s taste or calorie amount, but may have more to do with the brain’s sensitivity to glycemia. When that level dips, the brain looks for another surge – hence the craving.”

*If you learned something from this post share it so others can do the same. To support the efforts of this blog shop the links like this one. You pay the same shopping through Amazon while the author receives a small referral fee from Amazon. This offsets the costs of this site.

*Nourishing Plot is written by a mom whose son has been delivered from the effects of autism (Asperger’s syndrome), ADHD, bipolar disorder, manic depression, hypoglycemia and dyslexia through food. This is not a news article published by a paper trying to make money. This blog is put out by a mom who sees first hand the effects of nourishing food vs food-ish items. No company pays her for writing these blogs, she considers this a form of missionary work. It is her desire to scream it from the rooftops so that others don’t suffer from the damaging effect of today’s “food”.

What Milk Shakes Teach Us About Food Addiction