Natural Ways To Heal The Brain 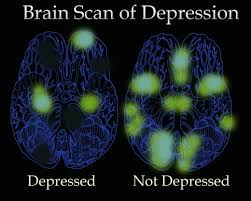 “I got a call late one night from my sister-in-law who said my 9-year-old nephew had attacked a little girl on the baseball field for no particular reason. I was flabbergasted! She said, ‘Danny, he’s different! He’s mean, he never smiles anymore. I went into his room today and found two pictures that he drew. One of them he was hanging from a tree. The other picture he was shooting other children.’ I thought to myself he’s got a left temporal lobe problem,” said Dr. Daniel Amen, MD, board certified psychiatrist and author of Change Your Brain, Change Your Life. Dr. Amen is considered one of the top experts on brain imaging and SPECT scans.

Dr. Amen added, “When we scanned him, he was missing his left temporal lobe. He had a cyst the size of a golf ball occupying this very important part of the brain. When we took it out his behavior completely went back to normal.”

Dr. Amen considers psychiatry, as a field, to be broken. The reason is most psychiatrists never look at the brain, the organ causing the problem.  He uses a SPECT scan (Single Photon Emission Computed Tomography) a nuclear imaging test exposing blood flow. Before the scan a radioisotope is injected into the bloodstream which lights up blow flow activity. Dr. Amen has studied over 80,000 brain scans.

Behavior and the way the body is reflective of brain activity.

Dr. Amen says, “You have to avoid anything that hurts your brain.” He says avoiding gluten, processed food and bad fats is vital while, “Having healthy fat is absolutely essential. Low fat diets are bad for your brain.” Dr. Amen says trans fats are proinflammatory.

Dr. Amen’s thought process in his practice is, “I want to teach my patients skills, not just give them pills. I wanted natural ways to heal the brain. For some of them medications were flat out toxic for brain function. That’s when I started using diet and exercise, using natural supplements to optimize brain function.” 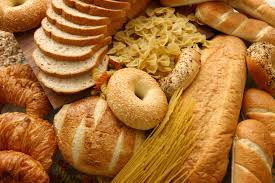 Since your brain uses 25% of the calories you eat to function, Dr. Amen considers food either medicine or poison. He says, “Milk is often toxic to people. Gluten from wheat, for a certain percentage of the population, can clearly be poisonous. There’s actually a SPEC study for people that are sensitive to gluten (they) have lower blood flow to their brain when they’re exposed to it.” He goes on to say, “So gluten can make some people, not everybody, but some people stupid.”

Meanwhile children head off to school after eating toast, cereal or a bagel – the exact food that robs the brain of the ability to think.

The solution to that, often times, is to give them stimulants.

“There’s a new study out this year that if you take Ritalin over a year, it actually trains your brain to need it,” Dr. Amen says. “Let’s get rid of dairy and wheat and see where we are then.” 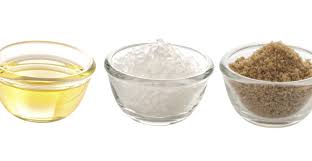 The importance of seeing food for nourishment is vital to brain recovery. Dr. Amen says, “Food companies know how to combine the fat, sugar and salt to work on the morphine centers of brain so that they become totally addictive.”

Dr. O’Bryan from theDr.com says, “The Benzodiazepines in wheat or the gluteomorphins that bind to the heroin or opiate receptors in the brain create that addictive tendency quite easily.”

American Family Physician says, “Benzodiazepines are widely prescribed for a variety of conditions, particularly anxiety and insomnia. However, used chronically, benzodiazepines can be addictive. These agents are often taken in combination with other drugs of abuse by patients with addiction disorders. In such patients, alternatives to benzodiazepines may be preferable and may include antidepressants.”

Dr. Joseph Alaimo says, “The gluteomorphins are derived from gliadin, one of the main proteins found in gluten grains (wheat, barley, and rye). Gluten is also used to make industrial adhesives, as are soy and corn. All four of these foods are capable of damaging the lining of the intestinal tract and leading to the malabsorption of calcium, iron, B complex, C, and trace minerals (e.g. zinc, magnesium, lithium, boron, and more).  This malabsorption or leaky gut syndrome contributes greatly to the ill health of the brain (and immune system), setting the stage for the action of these food-derived opiates.”

The patients who have abnormal blood flow to the brain that visit Dr. Amen’s offices are first recommended to abstain from gluten and dairy. Dr. Amen says he sees the biggest success with autistics, ADHD patients, gastrointestinal patients and those who suffer from brain fog.

Sometimes brain struggles come from a lack of blood flow to the brain, like ADD behavior. Sometimes it’s too much blood flow which Dr. Amen says is indicative of people who are rigid and inflexible, have obsessive behaviors or are sensitive to sounds. This brain looks inflamed.

Dr. Amen says, “The brain will never heal if you keep it bathed in toxins.” So you want to eliminate toxins like drugs and alcohol but in addition, “If you’re eating food laced with pesticides and antibiotics and you’re sensitive to milk or wheat your brain isn’t going to heal.”

White lesions that appear on brain scans are basically scabs in the brain. Dr. Amen did brain scans of 150 NFL players both retired and still active on the field. He found brain damage in each and every player. He said, “Even though they all had brain damage, 80% on a smart natural program showed cognitive improvement and increased blood flow to the brain. So even if you’ve been bad to the brain we can improve it.” He blatantly said,  “Don’t let your kids play tackle football. Your brain runs your 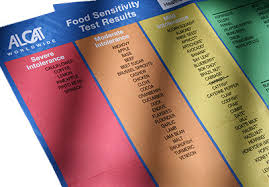 life. Why would you ever hurt it unless you aren’t that smart.”

When it comes to food allergies and food sensitivities Dr. Amen says he sees better results with a food elimination diet than he does with allergy tests.

Dr. Amen says, “When you do the right things you can really avoid and ageing brain.” Proper nutrition and avoidance of toxins has healed the brains of hundreds of his patients.

*If you learned something from this post share it so others can do the same. To support the efforts of this blog shop the links like this one. You pay the same shopping through Amazon while the author receives a small referral fee from Amazon. This offsets the costs of this site.

*Nourishing Plot is written by a mom whose son has been delivered from the effects of autism (Asperger’s syndrome), ADHD, bipolar disorder, manic depression, hypoglycemia and dyslexia through food. This is not a news article published by a paper trying to make money. This blog is put out by a mom who sees first hand the effects of nourishing food vs food-ish items. No company pays her for writing these blogs, she considers this a form of missionary work. It is her desire to scream it from the rooftops so that others don’t suffer from the damaging effect of today’s “food”.