After getting sicker and sicker on a low-fat diet, Able James was advised by his doctor that his heart was going to explode if he switched off a low-fat diet. James is the host of Fat Burning Man Show (rated #1 health podcast for 2013) and creator of Cave Man Feast (#1 food app worldwide, #6 overall) and author of Intro To Paleo. At the time he received that advice he described his life as completely out of control where he had nothing to lose. Something needed to be done to return his body to his normal lean, active and energetic state.

Due to his family health history of heart issues Able was prescribed a low-fat diet by his doctor. He says the results were abysmal. “I gained loads of fat, I got high blood pressure, my thyroid cracked out, I started not being able to sleep at night, my face was puffy and inflammation was rampant throughout my body and I saw a spare tire.” 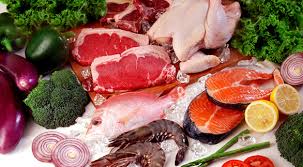 With sickness blooming on the low-fat prescribed diet, James took matters into his own hands and switched his diet altogether. He used a, “High fat, moderate protein diet, lowish carb, nutrient dense diet that looked like it would be effective for taking care of a lot of the problems. In a month I had lost 20 pounds, high blood pressure, cholesterol numbers, inflammation and fat took care of themselves without any change in exercise.”

Abel says the fat-free diet is what made him sick. “I wasn’t experiencing those problems in my early 20s because I was drinking beer all the time and eating pizza and junk food. I was trying really, really hard to be healthy. It wasn’t in spite of that, it was because of following that ridiculous diet that was prescribed by my doctor.”

Historically, diets have contained fat. Animal fat was a staple. Some segments of people eat only fat to cure themselves of illnesses. Others eat a large percentage of fat with each meal with well over 50% of the meal being fat.

Patricia Cochran, an Inuit native of Northwestern Alaska described her food to Discover Magazine as lots of seal and fish caught fresh from the cold waters. She said, “We used seal oil for our cooking and as a dipping sauce for food. The elders liked stinkfish, fish buried in seal bags or cans in the tundra and left to ferment. And fermented seal flipper, they liked that too.” A favorite treat was Eskimo ice cream called aqutua, whipped fat mixed with wild blueberries, crowberries, or salmonberries.

James believes the low-fat diet trend is the root cause for the sickness we are experiencing today.

“We’ve lost sight of common sense. We’re caught up in what the fitness magazines, the doctors and the government are telling us to do.” he says. Yet, we are getting sicker.

Sugar is hiding in everything including items called healthy foods like yogurt. Processed foods are designed to taste like a candy bar.

Changing your diet to nutrient dense foods is a process. “The people who succeed in life aren’t necessarily the ones chasing grandiose goals but the ones who get a little better at anything every day,” James says. “A little bit better is always better than nothing.” 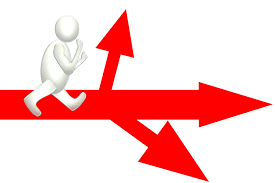 He describes lifestyle choices as good and bad, where we need to make the good comfortable and accessible while we make the bad difficult. In his house they noticed there was a lot of video game time so he unplugged the machine and put it in a box next to his TV. The act of making video game play just a little bit harder cut way down on the amount of play. The same is true for food. If the food is not in your house you are less likely to put your shoes on, go out to the store and buy it, then come home an eat it.

*Nourishing Plot is written by a mom whose son has been delivered from the effects of autism (Asperger’s syndrome), ADHD, bipolar disorder/manic depression, hypoglycemia and dyslexia through food. This is not a newsarticle published by a paper trying to make money. This blog is put out by a mom who sees first hand the effects of nourishing food vs food-ish items. No company pays her for writing these blogs, she considers this a form of missionary work. It is her desire to scream it from the rooftops so that others don’t suffer from the damaging affect of today’s “food”.