Most of our current food sources are in danger. “Every single cell is like a spray bottle of insecticide. A bug bites into the food, causes intestinal permeability and the toxin leaks into the bug’s system and kills the bug. BT toxin comes from soil bacteria where it washes off and biodegrades. They take that gene and put it in the seed,” says Jeffrey Smith, author of Genetic Roulette, The Documented Health Risk of Genetically Engineered Foods and Seeds Of Deception.

Smith influenced US laws regulating GMO use and is widely known as the “leading world expert on GMOs.” He is the Executive Director at the Institute For Responsible Technology and the source behind the films Hidden Dangers In Kids Meals and Milk On Drugs Just Say No.

Smith goes on to say, “When it gets out of the intestinal walls it becomes pathogenic.”

“Wheat is currently not genetically modified or genetically engineered, it is selectively bred to bring out certain traits,” Smith says. Selective breeding makes our breads lighter and rise higher.

Yet Monsanto is currently in the process of preparing wheat as a roundup ready crop. “We believe they are changing the physiology in such a way that people become more reactive,” leading to gluten sensitivities and allergies Smith says.

This will be added to the current GM crops of corn, soy, sugar beets and alfalfa.

The Journal of Toxicology published a study in 2012 that proved BT toxin pokes holes in the human intestinal tracts and causes intestinal permeability. Monsanto says our digestive process negates the BT toxin and it is not harmful to humans.

However Sherbrooke University Hospital studied patients and found 93% of pregnant women had BT toxin in their bloodstream and in the cord blood as well as the fetus. They found BT toxin in 2/3 of the non-pregnant women.

Gastrointestinal disorders are being linked to GMOs causing intestinal permeability, known as Leaky Gut. The BT toxin is being blamed for poking holes into the intestines. Smith says, “If you eat a corn chip that has the gene that produces the toxin in the corn, if that gene ends up in your gut bacteria, transferring into the gut bacteria inside your intestines, that means it’s producing BT toxin while inside your blood stream.”

Smith is saying the current theory for people suffering with Leaky Gut is, “Their own gut bacteria (is) producing the BT toxin.”

Another theory is BT toxin present in the bloodstream is coming from the livestock eating the GM corn and soybeans. We eat the livestock, we eat the toxin. The toxin enters our intestinal tract where it passes through intestinal ulcerations for patients with Leaky Gut, enters the blood stream and goes directly to the umbilical cord where it is being detected.

Smith sites 18% of celiac children have unidentified bacteria in their intestines. These bacterium are not supposed to be in the intestines. Even more shocking is most of the bacterium has never been seen before. 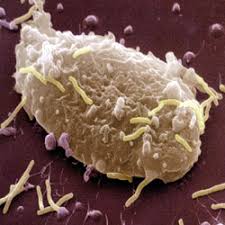 Buterate is the fuel that builds a new lining to your intestines every 3 to 7 days. Buterate is built by the fiber on vegetables. Studies have shown low buterate levels develop colon cancer.

“There’s very few studies on GMOs in terms of health and safety. The FDA said no safety studies are necessary. This was because the person in charge of policy at the FDA when the policy was created completely lied about the studies on GMOs. Scientists where demanding more studies saying it was different and dangerous but Michael Taylor lied and sold it to the FDA as safe. He was a lawyer for Monsanto, the Vice President of Monsanto and is now currently the Food Safety Czar at the FDA,” Smith says. 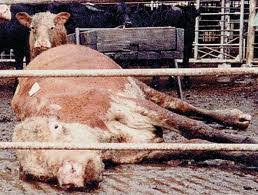 Smith is trying to collect more data and is encouraging anyone with a success story when switching off GMOs, going organic, and seeing health recovery to send an email to [email protected].

To learn more about avoiding GMOs go to Responsibletechnology.org and see the shopping guide that explains the 9 foods to avoid or or download the free app shopnoGMO.

Grass fed cattle that are allowed to range freely on open pastures do not carry this risk. The safest meat to eat is grass fed, grass finished livestock. By law the label “grass fed” requires the animal to be fed grass 50% of the time. The remainder of the time can be GMO feed and still be labeled “grass fed”. To ensure the safest food buy your grass fed, grass finished beef from a farmer you know and trust.

*If you learned something from this post please share it. If you like this post please support the efforts and time of the author by shopping through the Amazon Affiliate Links provided. You pay the same amount from Amazon while the author receives a small referral fee.