What To Do When Pills Aren’t Working 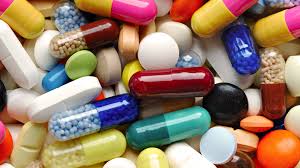 “Medications weren’t working out so well, the side effects were much worse than what we were treating. I started seeing catastrophic problems associated with medications. At that point I really started thinking outside the pill,” says Suzy Cohen, RPh, syndicated columnist of Dear Pharmacist and author of The 24 Hour Pharmacist.

She admits, “The whole time I was a syndicated columnist (on pharmaceuticals) my husband was struggling with an illness that we weren’t talking about. But I was studying and I was watching how conventional medicines failed him. We would pay tens of thousands of dollars for procedures and doctors visits and on the medication-merry-go-round using drugs that I thought were extremely wonderful and powerful. Nothing helped.”

Cohen was overwhelmed with the number of side effects people were encountering, especially her husband. So she began to pursue the thought that maybe these patients had celiac or other gluten sensitivities causing them issues with the medicines. She found the excipient ingredients, not the medicines themselves, contained gluten, corn and vegetable oils are added to medications on occasion.

To make matters worse the gluten free products that were used were just as bad. Mannitol and Xylitol for example are sugar alcohols but Cohen considers them gluten free. Titanium dioxide and lactose, gelatin, mag stearate and dextran fall under the same category as considered gluten free. 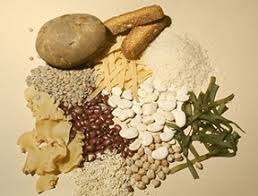 Maltodextrin if often used as a starch, which Cohen says is unavoidable in making medications. Maltodextrin is usually derived from corn but can also be extracted from wheat or rice.

Dextri-maltose is a sugar derived from barley malt.

If you see the word starch on the medication you should call the manufacturer and find out where that starch originates. In addition the pharmacist may have a print out showing the origination or you can check online for inactive ingredients.

Dr. Natasha Campbell-McBride, neurologist and author of GAPS the leading publication on healing the gut to resolve numerous illnesses including autism, depression and bipolar disorder, says starches feed bad bacteria in the gut and should be avoided at all costs.

She exposes another industry secret saying, “People who are using a brand name because they know it’s gluten free (see problems when) they switch to a generic that may contain gluten containing excipients.” The medicine itself may be the same but the added ingredients are different.

Medications are, “Basically celiac beware. You’ve got to become your own health advocate and you’ve got to watch out,” Cohen says.

If starch is listed on the ingredient list it’s likely to be made from corn but sometimes it’s from wheat. Both would be GMO.

If it has dextrate on the label it does not contains wheat but if it reads dextrin it could be corn, potato, or wheat.

As listed in Cohen’s book Drug Muggers: Which Medications Are Robbing Your Body of Essential Nutrients she says medicines sometimes, “Deplete the body’s natural stores of vitamins, minerals and hormones. Drugs that can make gluten sensitivity worse would be drugs that suppress stomach acid like Maalox, Zantac, Tagament and Pepcid. All of these medicines raise your pH but will make celiacs much worse.”

In her book Drug Muggers: How To Keep Your Medicine From Stealing The Life Out Of You, she explains why certain medicines give you certain side affects and how that robs your body of nutrition.

Cohen recommends patients sensitive to wheat, like celiacs, to supplement using a digestive enzyme like Papain that works at pH 4-5 in addition to a good probiotic. Many probiotics also contain ingredients that cause damage to gluten or starch sensitive individuals, click here for one approved for the most sensitive digestive tracts or click here for an alternative.

Proton pump inhibitors contain a black box warning on the bottle placed there by the FDA. These medicines can diminish the magnesium in your body, as well as other minerals, which can lead to compromised calcium levels which is directly linked to osteoporosis and bone fractures.

Cohen adds, “The risk of pneumonia was increased 25-30% just with short term use of PPIs. “This was proven through three different analyses.”

* If you leaned something through this post share it so others can learn also. To help assist with costs and time committed to this blog please shop through the above Amazon links. You pay the same for products but Amazon pays the author a small referral fee. Each post takes roughly 9 hours to produce, please help the author know it’s worthwhile.

Other sources in addition to the linked sources above: