Statin medications Lipitor, Crestor and Zocor supposedly act as enzyme blockers in the liver’s production of cholesterol where Lipitor pulls in $8 billion alone. They have held the status of the #1 prescribed class of drugs in the US for years yet new research is showing the risks far outweigh the benefits.

“Other than looking at more effective ways to lower blood cholesterol, there was relatively little research going on as to what was causing plaque.  The medical community had settled on the idea that it was as simple as controlling saturated fat and cholesterol,” says Dr. Dwight Lundell MD, after working as a cardiac surgeon and performing over 5,000 coronary bypass surgeries.

Dr. Lundell goes on to say, “Statin drugs, the ones your doctor insists that you take if your cholesterol is slightly elevated (is a) huge fraud perpetrated on the unsuspecting.”

The New York Times recently reported, “Some studies suggest that as many as one out of five people taking them experience aches, weakness and general soreness in their muscles, a condition referred to as myopathy. Scientists suspect this occurs because statins block the production of a molecule the body uses to generate energy, called CoQ10; clinical trials are currently exploring whether taking CoQ10 supplements can prevent this from happening.”

Kriss Kresser, LAc says, “There’s definitely a push by big statin manufacturers to get more healthy people taking those drugs. That’s where the big money is. There’s only a certain number of people with heart disease. If you want to expand your market you’ve got to get healthy people taking your drugs.”

The book Selling Sickness: How The World’s Biggest Pharmaceutical Companies Are Turning Us All Into Patients, Henry Gadsden, head of pharmaceutical company Merck said he desired Merck to make drugs for healthy people so the company could “sell to everyone” not just sick people.

Dr. Robert Carlson, MD FACS, cardiothoracic surgeon and referred to as a pioneer in cardiothoracic research says, “Even though I was a heart surgeon for many years, I don’t prescribe statins as I believe heart disease, cancer and diabetes are caused by inflammation – not cholesterol.”

In the Lancet Dr. John Abramson, Harvard Professor wrote there is no indication for women to take a statin. He told ABC.net, “Of course they’re going to try to minimise the adverse events ’cause that will increase the sales of their drugs.”

Andlos, Age Management Therapy says, “Statins are very dangerous drugs, and the studies have been pouring in over the last five years of all the major health risks caused by these agents.” They further say, “A recent report by the Cochrane Collaboration team carefully reviewed all the statin literature and recommended that statins should not be used in Primary Prevention. Statins don’t make any difference for 99.9 percent of all low-risk customers conned and coerced into taking them.” 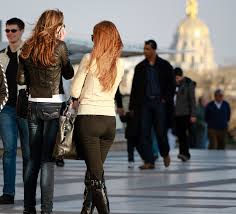 Dr. Rob also sites, “In a French study, women between 60 and 75 had a 5 times higher mortality in five years when their cholesterol level was 160 or below, versus a women with a cholesterol level of 260. In other words, the higher your cholesterol, the longer you survive! This study was recently confirmed in a 2010 Scandinavian Journal article.”

The Huffington Post reported, “Most people who take statins haven’t been diagnosed with CVD. A blood test simply showed they had high cholesterol, and their doctor prescribed a statin to prevent a heart attack or stroke — a use medical experts call primary prevention. Shockingly, a new scientific review of 14 studies shows that statins are virtually useless for primary prevention.”

WebMD reported the risks of taking a statin far outweigh the benefits. To read more click here for The Great Cholesterol Con.

*If this post helped you in any way or if you learned something please share it with others. To show your support of this Nourishing Plot please shop Amazon through this affiliate link. The author gets a small referral fee while you, the customer, pay the same as going directly to Amazon to shop. These referrals are what supports this site.