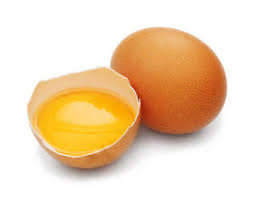 Vitamin D is being used in massive quantities to curb, ease and cure autoimmune diseases through non-prescribed measures that dwarf pharmaceutical costs.

Dr. Melissa Arbuckle studied 132 veteran patients with lupus researching their frozen blood vials stored at the VA from the prior 30 years, including blood from prior to the patients’ illnesses. Elevated levels of autobodies were present in half of the patients many years before they were diagnosed with lupus. The levels slowly rose until it plateaued when their lupus symptoms began appearing, 2-3 years thereafter they were diagnosed with lupus, according to a study published in The New England Journal of Medicine, 2003.

This research helped open the door of origin for autoimmune disease.

Currently there are 80 different type of autoimmune diseases some are humoral some are cellular. Shoenfeld says it is important to know which type of disease you are fighting so the attacking offenders can be removed.

Dr. Shoenfeld says, “Autoimmune diseases have a long incubation time, sometimes even 40 years.” Currently many doctors practice under the rule to leave the antibodies alone, we treat disease, not elevated antibody levels. He adds, “Prediction is important but it only has meaning if you can help the patient. What would you gain by just saying the position, in 20 years you will develope the disease? It’s unethical.”

Precautions could be taken to delay the growth of antibodies Dr. Shoenfeld adds, “We have entered the age of prediction. We treat the patient, we don’t treat the lab. We need to think of prevention. We need to clean, to suppress the antibodies before the damage really accumulates.”

Vitamin D is one of the easiest and least expensive ways to do this. Click here for one of the highest quality, best ranked Vitamin D supplements.

Shoenfeld say, “Vitamin D given in large amounts, which by the way are completely non-toxic, can reverse in many situations, definitely animal models, mostly also in some conditions in human beings, reduces the antibodies. It has no side affects whatsoever.”

Vitamin D has shown success in animal studies with chrones, MS, and other autoimmune diseases. Doing these studies in human patients assist with inflammation and attacks. Dr. Shoenfeld adds, “Vitamin D shows to prevent cariovascular incidents. For the future we have to learn how to avoid developement of autoimmune disease. We have to identify patients who would be at risk, like first degree relatives of autoimmune patients.”

Dr. O’Bryan adds, “If there is a history of miscarriages in the family then every woman of child-bearing age would benefit from having the antibodies checked for anti-beta 2-glycoprotein antibodies. If that woman has elevated levels it gives you a window of opportunity to address that elevated condition.”

Vitamindcounsel.com is an information packed site where a scientist team delivers the most updated and expertise information on vitamin D.

“I would give vitamin D even if the levels are normal,” says Dr. Shoenfeld.

Prediction is paramount, prevention is imperative.

“What we call the healthy diet, low in saturated fatty acids, can change completely the picture of, for instance systemic lupis. Also physical activity. Avoiding sun exposure which may be also damaging. Smoking changes the structure of the lung which makes it no longer recognized as our own. In the last several years it has been found to be extremely important, smoking is a great example of changing behavior to avoid aggrevating disease that exists but most importantly changing the higher risk.”

The World Journal of Gastroenterology published an article in 2003 where a 34-year-old woman after her second unexplained miscarriage, showed elevated liver and pancreas enzymes, was anemic, had elevated thyroid levels and tested for antiphospholipid syndrome. They put her on a gluten free diet, with no other protocols, and within one year all of her levels returned to normal.

“Gluten antibodies are the most prevalent with other autoimmune diseases,” says Dr. Shoenfeld. “Multiple Sclerosis when we measure other antibodies, eight out of 100 patients have gluten antibodies. We went to the literature and found a famous researcher who has MS found gluten antibodies in his blood. He went on a gluten free diet and his symptoms completely dissapeared. In most of the cases the gluten free diet was not effective in MS. The lesson to take home is to measure the whole panel of (20-30) autoantibodies and the genetic markers.” 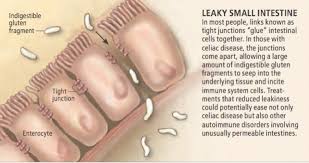 Are You Developing an Autoimmune Disease Years Before Symptoms?