Bulletproofing The Sick and Starved Body

“If you’re having food cravings, something’s not right with your body, you need to fix it,” says Dave Asprey.

Asprey says the bulletproof way is to break the vicious cycle of food. He says you can reprogram your nervous system removing the desire to eat certain foods like bagels or donuts. “You can choose the types of foods that turn off that craving. If the body feels like it’s starving the craving will happen. If you get rid of the starvation biochemically then literally the brain says I don’t need that right now.”

He referred to a client saying, “She had no food in her house because she had such strong cravings she knew she would eat it. Really massive sugar addict. Ate cookies all the time. Three days of bulletproof coffee in the morning and she lost all food cravings. Her body got the fat it was craving and she was done. She could look at food and the food lost its power.”

Dr. Tom O’Bryan from theDr.com says, “Fat is not bad for you, bad fat is bad for you,” verifying the health of the Bulletproof method.

Dave says his ideal breakfast, unless you’re in stage two or stage three of adrenal exhaustion, is simple. “You wake up in the morning having not eaten anything since dinner the night before and you make a cup of coffee using Upgraded coffee beans. This is a kind of coffee bean that has no detectable mold or toxin in it.” He says there’s a difference using this coffee. He measured cognitive functions and quantified the coffee using an IRB (Institutional Review Board) study. 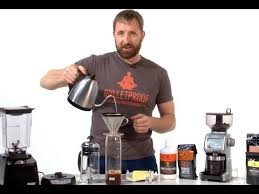 “You’re looking at what the coffee does to inflammation in your body,” he says. “From there you brew the coffee, blend in grass fed butter with no salt. The simplest easiest to find is from Kerrygold. Blend two tablespoons and up to six if you are really fat deficient. Some people crave a lot of fat if they can digest that much fat. And then you add Upgraded MCT oil. It is six times stronger than normal coconut oil in delivering specific medium-chain triglycerides that the body uses for energy.”

He adds, “You have amazing mental focus, snacking is not on your mind. Then at about 2:00 in the afternoon you realize I could eat but I’m not going to die if I don’t. It’s liberating to feel that way for the first time. I used to have to stop meetings at 11:45 because if I didn’t get something to eat I was going to eat the guy sitting next to me.”

There are added perks to this type of eating. Asprey adds, “You get the benefits of intermittent fasting. You eat a normal amount of calories per day but you eat them in a window that’s only 6-8 hrs a day. You skip breakfast, have your Bulletproof Coffee, eat a late lunch, that’s big, and a late dinner, that’s big.”

He mentions you get benefits of cellular autofaging saying, “When your body gets fats only it doesn’t think that you’ve stopped a fast. Only protein or sugar makes your body think you’ve stopped fasting.”

The fasting is done at night but when you take the MCT oil in the morning, “It causes your cellular energy to form via an alternate pathway. It’s a shortcut into the Kreb’s cycle.” 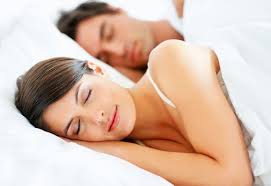 The way this happens Asprey says is, “It takes about 26 steps for sugar or glucose to turn into ATP in your cells. When you use the Upgraded MCT, there’s an alternate pathway where ketones form directly from the MCT they turn into BHB and then co-enzyme A and then ATP.”

He says, “Your brain in particular, really benefits from these triglycerides. Gluten has probably done damage to your brain and it hurts mental focus. But when you get ketones in there you can actually make energy in areas where normal glucose metabolism doesn’t happen in the brain. The affects are so strong it’s hard to imagine.”

Dr. Tom O’Bryan from theDr.com says when you fast for 12-16 hours after dinner you’re turning on the genes for longevity. He adds, “This is well versed in the science.” He says the optimum way to prevent aging is, “Anti aging, maintaining optimum youth, maintaining optimal function is by calorie restriction in terms of fasting. There’s no question that when we fast, we turn on genes for survival so we become much more efficient in the use of the calories we’re taking in, we don’t need as many calories.”

He further says, “Papers have been coming out that have been talking about short term fasting. After dinner you don’t eat for at least 12-16 hours. During that time period your body will start to turn on the genes for survival, for longevity.” 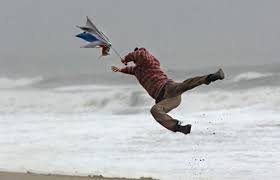 O’Bryan was blown away with Dave Asprey’s research and resulting methodology. He says, “I couldn’t fathom this until I tried it. Butter. Lot’s of butter in your coffee. I tried Dave’s coffee every day for a week. I’m convinced. It’s very difficult to say everyone should do anything, but I do believe a large percentage of the population if they try this approach they’re going to find they function better, their energy is up, their brain is working better. This is revolutionary!”

Even though Asprey is not Hindu or Buddhist he traveled to this remote countryside on Mount Kailash on the Ganges River. This location is known as being the most sacred and spiritual of all places for the Hindu and Buddhist people. What Asprey wasn’t expecting was the very high altitude, one of harshest environments he’s ever experienced. Asprey has done high altitute climbing and was disturbed by how “a little off” he felt at this location. He inadvertently had some yak butter tea the way the Tibetans drink it and it completely changed his existence.

“I felt amazing! Felt like I had been awakened!”

Generation upon generation had been thriving in this extremely harsh environment and Asprey made note, “Their primary food source is yak butter! They drink like 20 cups of yak butter tea a day! And when I did it I felt so much better!”

When he returned to the states he went to the kitchen and the lab and went to work to duplicate the process. He unexpectedly discovered molds and toxins in our tea and coffee supply, “Which, by the way, cross react with gluten,” he says.

As a gluten sensitive person, as well as someone highly sensitive to molds, his first step was to create a coffee that doesn’t contain the mold toxins that create this cross reactivity with gluten. He looked at lots of research and did many lab tests and learned, “We have a global problem of mold contamination during coffee processing.” After creating a new process of coffee bean preparation that didn’t contain the molds he began drinking the coffee saying, “It seriously upgraded my life!”

Asprey weighed 300 pounds before starting his journey. He suffered from brain fog. He was ADD and had many Asperger’s syndrome characteristics. He was loaded with mercury toxicity, had health problems and struggled.

Now he says he has more focus then he has ever had, even when he was a young 20-year-old. “I’m really profoundly grateful for that and the idea really did come from a 5,000-plus-year-old recipe for yak butter tea.” He has lost over 100 pounds and amazingly his IQ went up 20 points.