Food Additives That Cause Illness 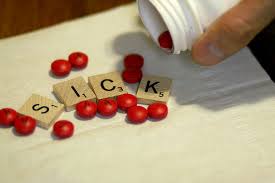 A few days ago I was accused of, “Trying to insight fear in others,” and was called a fearmonger after posting an article on The Dangers of Microwave Popcorn. The article sighted people on oxygen who recently won over $7 million from litigation over the popcorn.

However the truth remains additives and chemicals in our food are making people sick!

Food flavors that make up the Standard American Diet greatly come from manufactured items. Food and food ingredients strive to earn a GRAS status (Generally Recognized as Safe) which comes from the Flavor and Extract Manufacturers Association. A report from the U.S. Government Accountability Office, February 2010, explains the relationship when they say, “…The information provided by the association [Flavor and Extract Manufacturers Association] enables FDA to be better informed about the composition of the food supply.”

They further say, “Actions taken by the Flavor and Extract Manufacturers Association help FDA better ensure the independence of scientific assessment of the association’s GRAS determinations and obtain information about these determinations.”

Food Additive companies like Senomyx strive for ingredient approval from FEMA. Senomyx advertises their expertise saying, “Senomyx has discovered or in-licensed many of the key receptors that mediate taste in humans. We created proprietary taste receptor-based assay systems that provide a biochemical or electronic readout when a flavor ingredient interacts with the receptor. To enable faster discovery of new flavors, we integrated our assays into a robot-controlled automated system that uses plates containing an array of individual fluid wells, each of which can screen a different sample from our libraries of approximately 800,000 artificial and natural candidate ingredients isolated from plants and other sources.”

In plain English they have identified taste receptors located on the tongue and have generated chemical compounds to connect to those receptors in a way that, “Accentuates the taste of sugar or salt.”

In a recent article in Wise Traditions by the Weston A. Price Foundation they stated, “Senomyx maintains that its new products are safe because they will be used in tiny quantities.” Senomyx chief executive Kent Snyder says, “We’re helping companies clean up their labels.”

Liberty Beacon published an article recently entitled, “MSG and aspartame are the two leading causes of central nervous system damage in the United States.” They stated, “Excitotoxins, as they are appropriately named, are supposed to enhance flavor and excite your taste buds, but this ‘class’ of chemicals overstimulate neuron receptors, which are what allow brain cells to communicate with each other. This causes a firing of impulses at such a rapid rate that they become completely exhausted, and several hours later, these depleted neurons die.”

Additives come in many forms, as does food. Even though the picture on the label looks like a certain product doesn’t mean it is that product; often times it’s a poser. American Cheese is the perfect example and no longer contains the name cheese but instead is labeled Pasteurised Cheese Product, or something similar. Legal News Directory states, “The name change had to be made because the ingredients no longer met the federal definition (the standard of identity).”

Vegetables that present themselves as vegetables, but are not, fill our grocery stores. To learn more click here.


Ground beef has added oat fiber to bulk up the product while it cooks.

A can of Pringles Potato Chips is only 42% potato.

Subway buns have dough conditioners which allow each bun to be baked in the store without loosing any yeast affect. Conditioners include sodium stearoyl lactylate, monoglycerides, diglycerides, ascorbid acid and diacetyl tartaric ester of monoglyceride (ADTEM).

McDonald’s, Burger King, Arby’s, Wendy’s Dunkin Donuts and Sara Lee use azodicarbonamide as a replacement for potassium bromate as a dough conditioner. A truck carrying azodicarbonamide flipped over in Chicago in 2001. The highest hazardous materials alert was announced and residents within a half mile of the accident were evacuated.

Stories like this can be added by the thousands. Chemicals are added to foods to save money and sell product. Many people today are suffering from grave illnesses due to the fact that they are not eating food. Instead they’re eating emulsifiers, antifreeze, conditioners and the like. Our bodies can not process these items and eventually shut down on us through illness. 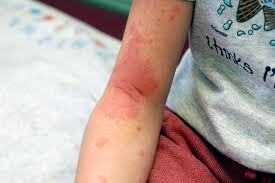 When foreign chemicals get trapped in our bodies they need to get out somehow. Many researchers are pointing fingers at rashes, eczema, psoriasis, autism and others as foreign substances in the body trying to escape.