Today We Went Back To Eden Poor Detoxification Blamed on Causing ADHD, Autism and Other Disorders

Finally A Solution To The Dying Bees 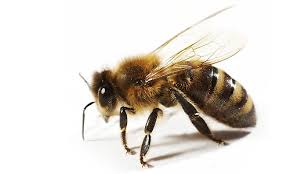 Something is killing the bees and there is a definitive answer as to the cause. Pesticide Environmental Stewardship, who works through “Promoting Proper Pesticide Use and Handling,” is documenting damaged colonies and trying to pinpoint the cause of the massive decline in our bee population.

The EPA is attempting to rally the fight. They have stood up, shouted from the rooftops and slammed their fists on the table! They believe the culprit is pesticide. As shocking as this sounds that pesticides could kill insects as well as bees, it appears to be true! I know this because the EPA released a press release telling me so.

The cause is huge! No bees, no food. Any beekeeper will tell you the moment you put a hive on your property blooms increase with the direct result of crop abundance. Yes, it’s true! Bees pollinate and increase the crop!

The EPA sees the drop in crops, the drop in bee pollinators and the demise of hundreds of thousands of bees.

They have taken immediate proactive action to stop this horrific demise of the vital bee population by putting a warning label on the pesticide bottle.

Neonicotoid pesticides will now display the warning label to, “Protect the pollinators.”

To see a proactive government agency taking action to save the bees, that provide the food, that feed our bodies is thrilling the same way watching an ant swim up a fire hose stream is thrilling.

But wait! Before you get too excited let’s see what the EPA warning actually does.

First they are helping us and empowering us by asking us to, “Recognize and report bee killings.” I see this challenge and I accept this new job title. I will gladly help our environment and raise my sword as a Bee Vigilante. I studied the pesticidestewardship.org site and learned “Definite signs of pesticide poisoning.” I have learned, “How to report a bee death incident,” and acknowledge, “The EPA incident report,” for future needs.

I understand incident reports. In fact, one was filled out just a week ago at an event for my son. Another child ran into a plate glass door where broken glass was everywhere and blood flowed freely. The child was whisked away on a stretcher, swept into the ambulance bandaged and heading to safety. An incident report was filled out that night so surely I feel my Bee Vigilante skills can navigate the EPA incident report found at http://pi.ace.orst.edu/erep/ and I understand I can send an email to [email protected] where I can report this heinous, “Bee death incident.”

I see the state Department of Agriculture or Department of Pesticide Regulation is there to help me. I’m ready. I’ve even got my Bee Vigilanty costume planned. My children are orchestrating a Bee Emergency Room in the mud room where we can perform bee resuscitation and insert a bee IV. What I am most grateful for is the “Bee Health” hotline at 1-800-334-7577 where I can call for hotline assistance from Bayer CropScience.

Tires screetching! Foot on the brake pedal! White knuckles on the steering wheel! Bayer? Surely I didn’t read that right. So I went to the website. Neonicotinoids are pesticides chemically related to nicotine and yes, they were in deed developed by Bayer. Neonicotinoids are the most used insecticide worldwide at this point. They are blamed for the honey bee colony collapse disorder and the European Food Safety Authority says, “Neonicotinoids pose an unacceptably high risk to bees, and that the industry-sponsored science upon which regulatory agencies’ claims of safety have relied may be flawed.”

This is hard to believe. The bees are dying. The death of bees is blamed on a certain pesticide. Now the maker of that pesticide is put in charge of regulating the death of these bees.

The end result, where we are currently, is a warning label on the pesticide bottle.

Bayer Group Homepage, translated from German to English (www.bayer.de) advertises, “Science For A Better Life,” where they advertise, “With our inventions we carry since 1863 significantly help to improve the lives of people.” It’s clear to say they aren’t just a company that produces aspirin, they are focusing their attention on cancer drugs, they’re a company that appears to be concerned with water and they’re now putting labels with, “Application Restrictions,” as well as, “This product can kill bees and other insect pollinators.”

Bayer has another arm in their vast umbrella empire, Bayer CropScience, where they claim, “Staple crops such as rice, wheat and corn are becoming scarcer and their prices are rollercoastering. To ensure food security in the coming decades, the challenge will be to get higher yields from the same acreage.”

By the looks of it, our future food will be dominated and fought over by Bayer, Monsanto and BASF, all chemical companies.

To recap the same company that feeds me, will medicate my cancer (which is abnormal cell growth in a body not functioning properly from improper nutrition). They will also provide me bug killer that will kill the bees that supply my food while taking complaints about their bug killer killing the bees so they can a display a firm warning label to not use the bug killer on the dying leaves until all the leaves have fallen off the plant.

So that you too can be filled with educational pro-active awareness here’s larger version of the new warning label: