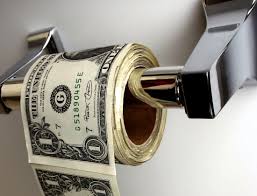 As the least expensive preservative that inhibits yeast, bacteria and mold growth marketed today, sodium benzoate is used by many manufacturers. The range of use for this preservative is baffling as it is used in food, drinks, cosmetics, bath products and is now being used to treat autism and other diseases, even though it has tested to form a carcinogen within the body.

Sodium benzoate is favored by manufacturers not only for it’s price but because it can leave a tingling affect in the back of your throat when used in drinks, giving consumers the impression of a refreshing affect.

In addition, heat and time alter this preservative. 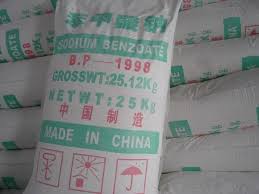 Sodium benzoate could be listed on an ingredient list in several forms including E211, benzoic acid, potassium benzoate, benzoate and of course, sodium benzoate.

Natural News says, “It has the ability to deprive the cells of oxygen, break down the immune system and cause cancer.” They also say not only vitamin C but also vitamin E along with sodium benzoate is a carcinogen. Natural News says sodium benzoate is detrimental to the immune system as it is, “Depriving mitochondria cells of oxygen, sometimes completely shutting them down.”

{This post contains affiliate links which help pay for this site}. 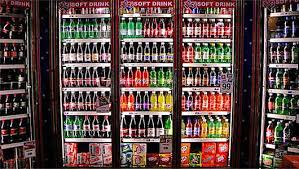 WebMD says, “In 2006 and 2007, the FDA tested a sample of almost 200 beverages from stores in different states that contained sodium benzoate and vitamin C.” The FDA was concerned with four specific beverages as their levels were greater than federally allowed. The drinks were reformulated and have since been on the market for consumption.

The products were reformulated to safe levels but one main concerning problem remains, consumers often drink more than one beverage. This makes their consumption levels unknowingly hazardous to their own health.

A better alternative would be to make a pot of herbal tea a day with a glug, glug, glug of organic  lemon juice, like this one, or this one. Out of curiosity I measured the glug, glug, glug which turned out to be 11 teaspoons added to the whole pot or the equivalency of just over one lemon. One teaspoon of ReaLemon® Lemon Juice, a product containing sodium benzoate, is a serving on the bottle.

Conservatively guessing the sodium benzoate quantity of ReaLemon® is on the low range at 0.025% would make the pot of tea 0.275% sodium benzoate – well over double the FDA approved amount. 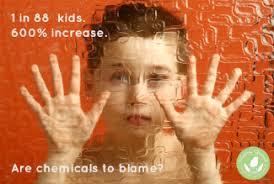 Not surprisingly a Lancet study was done in 2007 connecting ADHD and sodium benzoate in two studies, one with 3-year-olds and another with 8- and 9-year-olds. The studies were double-blind, placebo-controlled trials performed randomly. The results were as expected ADHD-type symptoms were evident after ingesting sodium benzoate.

Alliance Health Networks, Inc., Medify, calls sodium benzoate, “The #5 most researched treatment.” Two of these studies are specifically remarkable. The study, “Autistic-like findings associated with a urea cycle disorder in a 4-year-old girl,” was documented March 30, 2005 by Istanbul University.

The “Journal of Psychiatry and Neuroscience” published the study in March of 2005 saying, “The patient’s protein intake was restricted, and she was treated with sodium benzoate and arginine.  After 1 year of treatment, the autistic-like findings and hyperactivity were no longer apparent.”

Dr. Natasha Campbell-McBride, in her lengthy documentation and study of autistic children and healing them through food does not use sodium benzoate, does use protein intake as part of the cure and sees healing in her patients well within the first month. A great deal of her patients are free of symptoms within the first handful of days. She does her work through feeding their toxic bodies nutrient dense foods and sees recovery 100% of the time. Plus, she teaches you how to do it yourself in one book, GAPS.

The “Journal of Inherited Metabolic Disease” in December of 2009 published their study, “Long-term neurodevelopmental effects of early detection and treatment in a 6-year-old patient with argininaemia diagnosed by newborn screening. It covered testing of sodium benzoate on failure to thrive patients.

Livestrong.com states, “Some research has shown that sodium benzoate intolerance can cause skin reactions, such as hives, otherwise known as urticaria. A study published in 1984 in the journal, ‘Allergy’ found that four out of 27 children experienced urticaria in response to sodium benzoate. Food Reactions also states that sodium benzoate is ‘known to cause nettle rash and aggravate asthma’.”

The above quotes only makes sense to repeat: sodium benzoate is detrimental to the immune system as it is, “Depriving mitochondria cells of oxygen, sometimes completely shutting them down.”

Can anyone out there please explain to me why this immune system damaging chemical is being used to treat failure to thrive and autism? Please post below.

*To support the efforts of this blog shop the affiliate links above like this one. You pay the same to Amazon while the author receives a small referral fee from Amazon. This offsets the costs of this site.