There are countless medical treatments to assist with autism. In all, many families with means have gone to great extremes in an attempt to heal their children including mortgaging their homes, taking out personal loans and driving countless miles for specialists. In the community of autistic detective parents it is not uncommon to discuss the tens of thousands of dollars spent on treatment or coping therapy.

To a person of average means or for someone feeling the affects of this economy, this news is debilitating. Don’t give up! There is hope and it can be done with minimal expense!

Recommended treatments include hyperbaric oxygen chamber, methylation therapy, behavioral therapy, biomedical therapy and even psychiatric hospitals. All of these treatments are recommended by the health community.

To get a bit detailed let’s break down hyperbaric oxygen chambers (HBOT) which is considered an alternative medical treatment. Twenty years ago the cost of a session in a HBOT could cost upwards of $3,000 a session. Today you can purchase your own home unit from $3,000. “There are over 30,000 published scientific studies on hyperbaric oxygen therapy for a wide variety of medical conditions,” says Healing Dives Portable Hyperbaric Chambers. Diane Pechenich, president of Healing Dives says HBOT, “Enhances the body’s natural healing process by delivering oxygen under pressure, increasing the oxygen content in the blood and in the cerebral spinal fluid, flooding the tissues with oxygen.”

When you visit your family physician they’ll give you a handy brochure published by Healthy Advice Networks. They recommend several treatments including stimulant medication that have dangerous side affects. Psych Central says, “Side effects resulting from drugs taken for attention deficit hyperactivity disorder are unfortunately quite common.” Their study showed 48% experience at least one of the most common side affects of loss of appetite, disturbance of sleep and mood swings.

Free or nearly free treatment is the route we took. This was not by choice, it was by necessity. Now that my son has been a normal child for seven years, showing no signs of autism or bipolar disorder, I laugh at some of these “treatments” but they are still worth mentioning. The last method mentioned below, hands down, is the only one we feel necessary.

When you keep a schedule the child knows what to expect, is more efficient and has a peace of mind that is easy and calming. If you have a regular chore chart the child can visibly see what is expected and can help keep their obligations in order inside their brain.

[amazon-element asin=”B002FJW3ZY” fields=”lg-image” ] Vitamin B-12 has shown documented change in children with ADHD, autism and allergies.  A young doctor fresh out of medical school admitted to me, “They don’t know why it works but it makes people feel great.” I don’t have permission to use his name so it is withheld. Dr. Bock, M.D., says, “Autistic children suffer(ed) from a failure to naturally detoxify their own bodies. Much of this failure was due to exposure to heavy metals – particularly mercury.” He says, “Jim Neubrander thought they could be restored by giving the kids very high dosages, generally subcutaneously, of a specific form of vitamin B-12.” (Bock, 2007 p 70) 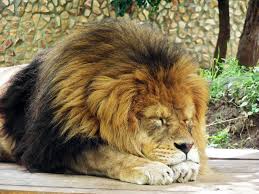 Sleep is vital for kids who suffer from these issues. In our research we have noticed a breakdown every time we are low on sleep. When he was younger it took at least three days to recover from being awake past 10 pm if his normal bedtime was 7, lights out at 7:30. At 11 he recovers faster but the affects are still prevalent. At 7 the behavior turned more uncontrollable, explosive and non-responsive. At 11 the behavior was tears for reasons not warranting tears, negative attitude where there usually is none and snappy behavior (needing to have the last word or being right as he picked battles with his brother).

Distractions play a key part for a autistic child. As normal functioning adults we sometimes have a hard time with distractions but we cope. This is provable by walking into a packed full Chuck E Cheese Restaurant any given Saturday. If you spend 4 hours in that restaurant filled with lit up kids you feel the peace the second you walk out the door. Autistic kids hear this white noise all the time. They hear the air conditioner humming. They hear the refrigerator, the light bulb and the car outside driving down the street. Constant rain is not calming white noise it is a hammer beating their head. This over stimulation can stop them cold and send them into a downward spiral.

All of these things work, as well as others but nothing trumps food intake! When we eat God made food we have no issues. When we eat man processed food we have a world of trouble. If he eats something not nutrient dense, the downward spiral lasts for days, the swollen belly lasts longer. Dr. Natasha Campbell-McBride in her GAPS book says certain food feed the bad bacteria in their intestinal track causing these autistic responses. The bad bacteria will thrive when it is fed. It will not go away until it is starved out and either goes dormant or dies.

We do not do the things listed. We do vitamin B but not consistently like we should. We take it more like once a month at this point. We try to run a schedule that is consistent but there’s scouts Monday night, Civil Air Patrol Tuesday nights after ballroom dance and Bible study, Wednesday is interrupted with piano with 5 of their best friends taking turns and then Youth Group at church – all three of these nights keep us out three hours past bedtime as well as altering our schedule. I could explain our week further but you get the point. We live normal lives, just like you.

We’ve never spent money on a hyperbaric oxygen chamber and our therapist expenses ended quickly after I was tired of being sent away from doctors’ offices only to wait on another doctor who could supposedly help us.

The other items listed are important but we don’t do any of them consistently – except food! We have been free of autism, ADHD and bipolar disorder for seven years and still sleep and food are the only protocols we really follow.