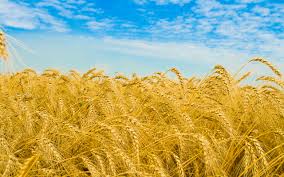 Some folks say he made the leap off the deep end of the crazy pool when Dr. William Davis said the health care profession is, “Treating chronic wheat consumption.”

Dr. William Davis, author of Wheat Belly has made his mark on how millions of people see wheat. As a coronary heart disease doctor he took action in preparing his patients for surgery. He says when he took his patients off wheat, to strengthen their systems in preparation for surgery, the results were astounding. Their pains were gone, diabetes gone, psoriasis gone, colitis gone, blood pressure was way down, they encountered weight loss, depression was gone as well as arthritis, rashes, and inflammatory diseases. Asthmatics were having no issues, rheumatoid arthritis, paranoia, anxiety, auto immune diseases, pms and migranes were all becoming non-existent. Other challenges that disappeared were joint pain, binge eating, bulimia, intestinal destruction, irritable bowel, acid reflux, auto immune diseases, food obsessions, and bowel urgency.

Davis calls wheat lethal, a deadly poison for many people. He says some people can eat it and encounter relatively no issues but for others it’s highly problematic.

Since 2004, Davis has served as Medical Director of The Heart Disease Prevention and Reversal Program, Track Your Plaque, an international meeting-of-the-minds to generate a collective effort to find better solutions to the scourge of heart attack and heart disease. He is not just a man with credentials, he’s a man who says reduction of fats and the push to eat healthy whole grains is, “The largest dietary blunder ever made on an international scale.”

Whole grains, by definition, contain all three parts of the kernel: the bran, the endosperm and the germ. The government food pyramid tells us 60% of our diet should be wheat or grains. Davis says, “There is a germ of truth in this whole grain disaster: Whole grains are indeed healthier than white flour products–just as filtered cigarettes are healthier than unfiltered cigarettes.”

In the 70s wheat underwent a powerful transformation from a 4.5 foot tall plant to a 2-foot tall semi-dwarf, “Genetic variant now sold to us in the guise of ‘healthy whole grains’,” according to Davis. He blatantly says, “It isn’t wheat.”

Legally it is not a GMO because wheat has not undergone gene splicing. Instead multiple crossings, back crossings, embryo rescue, chemical mutigenesis, gamma rays and x-rays were used to alter the plant increasing the yield ten fold. Davis says this process is, “Far worse than gene splicing.”

The inventor of this new high yield disease resistant wheat was Norman Ernest Borlaug, a microbiologist scientist who won the Nobel Peace Prize for his creation. At the time they thought it would end world hunger. Borlaug has been commended for his contributions to science and his ability to influence political policy for the good of the people.

Borlaug is known as the father of the Green Revolution. In his Nobel Peace Prize acceptance speech Borlaug said, “It is true that the tide of the battle against hunger has changed for the better during the past three years.”

At the time of his death he was one of only five people who won what is considered the highest awards of honor: the Nobel Peace Prize (1970), the Presidential Medal of Freedom in (1977), and the Congressional Gold Medal (2007). In addition he was honored with the National Medal of Science in 2005.

At the time of his death he was commonly referred to as the man who “saved more lives than any other person who has ever lived.”

Nobel Prize winners, known as laureates, are awarded a gold medal, a diploma and money. In 2012 the financial reward for winning the prize was $1.2 million.

Borlaug died on September 12, 2009, from complications with cancer. He was 95 years old and died in his home.

Dr. William Davis says, “The unexpected results I witnessed in my heart disease prevention program led me to believe that (illness from wheat) applied to more than my patients and online following. This was a widespread societal problem. It became clear that ‘wheat’ consumption was responsible for an incredible amount of the human illness, obesity, and suffering we are all witnessing on an unprecedented scale. So I wrote Wheat Belly.”

This article is written from a presentation I was asked to give at the Weston A. Price, Debunking Nutritional Myths Conference, in the spring of 2013.  This is part 1 of 4 on Wheat.